Active Compete+ March 31, 2021
Like 0 Thanks! You've already liked this
Features

March ended on a positive note: the naval traffic in the Suez Canal was resumed. With 13 percent of the world trade passing through the Canal, the halting traffic put global trade under pressure for several days, but no dramatic disruptions were reported. So all is good, except for business risk and geopolitical analysts worldwide turning to the map and highlighting those choke points that are essential for global trade (and the supply chain) to keep going.

Other than that, we looked into two major topics this month:

We found that the key to the current competition is held by a Dutch company called ASML, which produces machinery able to provide high tech semiconductors. As we expect the race to intensify further, we will continue to monitor the topic.

An important development since we’ve looked at this: Taiwan is facing its worst drought in 67 years. On March 24, the Taiwanese government issued its first water supply red alert in six years. Many areas of the country have been forced to ration water extensively, including areas that house large wafer manufacturing operations for both Micron Technology Inc., and Taiwan Semiconductor Manufacturing Co. (TSMC). Both depend on a stable water supply for several steps in the wafer manufacturing process. (More here) We will continue to watch this as events unfold, considering the important ramifications the drought might have on the semiconductor manufacturing industry.

We will continue to monitor the topic, especially since the pandemic is still ongoing. So far, by taking a look at the educational system’s problems, as highlighted in the media and specialized reports, we have come to the conclusion that foundational restructuring was needed before the pandemic – but the health crisis started in 2020 only accelerated the need for reform. We’ve looked at several countries to understand their specific problems as well as their similarities when it comes to their education system. Some highlights in the graphics below. 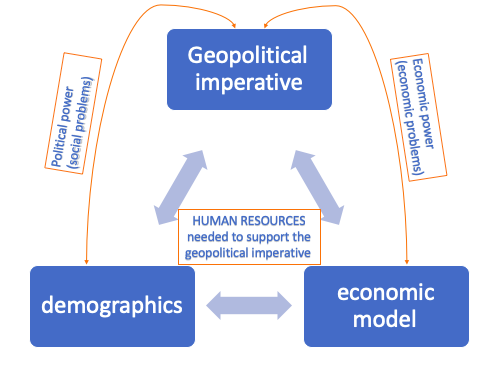 Our reading recommendation for the month: an essay about the geopolitical vision of Alfred Mahan.