Eugene Chausovsky July 25, 2016
Like 0 Thanks! You've already liked this
The Election Season in the U.S.

After wrapping up my stay in Memphis, I got back on the road, heading south towards Jackson, Mississippi. It took only 20 minutes to reach Tennessee’s border with Mississippi via I-55, and once I did, I decided to once again get off the interstate in favor of the country back roads of Mississippi. I drove south along 61 through the flat green expanse of farms and country houses, once again feeling like I had been transported to another world as I had in rural Arkansas. 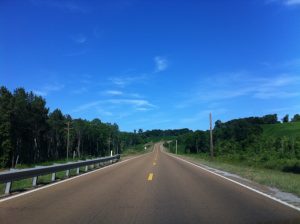 I passed by small Mississippi towns like Walls and Tunica and eventually hit Clarksdale, where I swung south-east onto 49. After driving about 15 miles down 49, I hit the town of Tutwiler. Near Tutwiler’s water tower was a large warehouse-looking building that was enclosed by barbed wire fences and tall lamp posts surrounded by netting. I would later learn that this was the Tallahatchie County Correctional Facility, a prison that was opened in 2000 after Tutwiler’s leaders agreed to its construction as a boost to the economy and to provide jobs for the down-at-the-heel town. Since the opening of the prison, the population of Tutwiler jumped from less than 1,400 people to more than 3,500 – an increase of 160 percent – as prison guard jobs became available. Unlike most small towns, Tutwiler bucked the trend of population flight, albeit under rather unusual circumstances.

It is perhaps worth noting here that the US has the highest incarceration rate in the world, with about 500 prisoners per 100,000 residents – accounting for a total of 1.6 million people in 2010. Despite these large numbers of incarcerations, gun violence remains a major issue in the country. There have been over 30,000 gun-related deaths in the US over the last two years, and mass shootings – Orlando, Sandy Hook, and Charleston, to name a few – seem to take place in the country on a regular basis. This is a reality that whoever becomes president will have to confront, and ultimately the success of their policies – whatever they may be – will be judged by their ability to minimize and prevent such gun-related deaths.

I drove on past Tutwiler through rural Mississippi and eventually linked back onto I-55 as I approached the outskirts of Jackson. My temporary roommate and new friend in Memphis had mentioned to me to be careful in Jackson and to steer clear of the city’s downtown area at night, adding that certain parts of the city like western Jackson could be dangerous even during the day. He told me that north Jackson would be a good place to stay, so I once again used Airbnb to find a place to stay in the northern neighborhood of Fondren that was advertised as “extremely safe” and walkable. 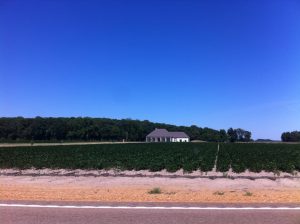 As I exited I-55 and drove through Fondren, I was taken aback by the attractiveness of the neighborhood. Large, stately houses with well manicured lawns lined broad streets shaded by large oak trees. I rented a room in one such house, which was occupied by college students at the University of Mississippi Medical Center. One of the students had immigrated to the US from China, had grown up in the Fondren area since he was five years old, and was now studying to become a dentist. Upon his recommendation, we went to get some delicious barbecue at the Pig & Pint in the neighborhood on N. State St., which was full of colorful restaurants and shops that I would describe as having an upscale, Southern-style hipster charm.

The next day, I drove into downtown Jackson and got a very different picture of the city. In the immediate vicinity of the central part of downtown were run-down and abandoned buildings that looked like they had been closed for years, if not decades. Groups of men sat in front of small, derelict houses in the middle of the afternoon on a weekday drinking beer. I drove around looking for a bookstore I had googled on my phone, only to find it boarded up, with a sign out front that read ‘Black lives matter.’ Another sign that I saw further down the street, posted on a crooked lamppost, read ‘Cheap house – 19k cash.’

Like Memphis and Little Rock, the disparity between the well-to-do and poor neighborhoods in Jackson was quite stark. Earlier in the morning, I had read a column in the local Jackson Free Press newspaper written by Yoknyam Dabale entitled ‘Mississippi: America’s Third World?’. Dabale, a professor who had come to the US as an exchange student from Nigeria back in the 90s, wrote about living in a neighborhood in West Jackson that was a “food desert” which lacked grocery stores that had fresh fruit and vegetables. Evoking images of African-style poverty and development issues, Dabale wrote about the poor infrastructure of the neighborhood, which had water pipes “that had not been properly maintained for decades” and roads that were “overrun with potholes and gutters.” She concluded the column with this particularly poignant line: “As we empathize with the poor overseas, let us not forget places like Mississippi, where blacks are struggling against daunting barriers here in the US.” 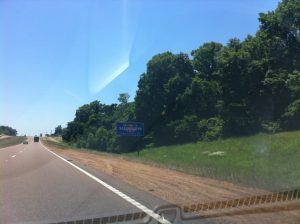 That an immigrant from Nigeria would point to Mississippi as an area mired in poverty and worthy of attention, just as many from the US and the West would focus on her part of the world, is quite notable. This, too, is an issue that either Trump or Hillary will have to confront, with poverty rates having a direct correlation to other problems in the country. As Sasha Abramsky writes in The American Way of Poverty, the issues facing the poor in places like Jackson, Mississippi and elsewhere throughout the country are not easy to overcome: “Exposed to deep poverty as a child, a person is likely to grow into adulthood burdened with poor health, lower life expectancy than their wealthier peers, inadequate education, possibly low self-esteem. For people born and raised in deep poverty, the playing field has not been leveled; they are, quite simply, left to run uphill throughout their often-truncated lives.”

More analysis by Eugene Chausovsky may be read on www.Stratfor.com

Eugene Chausovsky is a Non-Resident Fellow with the Center for Global Policy. He previously served as Senior Eurasia Analyst at the geopolitical analysis firm Stratfor for more than 10 years. His work focuses on political, economic and security issues pertaining to Russia, Eurasia, and the Middle East. Mr. Chausovsky lectures on the geopolitics of Central Asia at the U.S. Department of State’s Foreign Service Institute. He has contributed articles to a wide range of outlets including EurasiaNet, Business New Europe, Center for Strategic Studies, Caucasus Journal of International Affairs, Forbes, Wall Street Journal, Euractiv, Business Insider, RealClearWorld, and The Diplomat. Chausovsky has given interviews to global media outlets such as CNBC, Bloomberg, Fox News, Al Jazeera, and CGTN and delivered client briefings to numerous international organizations and businesses, including Fortune 500 companies. Chausovsky was born in Moscow and his lived in Ukraine, Austria, Italy, Brazil, and the US.
The Election Season in the U.S.

The Power of Charisma