Eugene Chausovsky July 11, 2016
Like 1 Thanks! You've already liked this
Features, The Election Season in the U.S.

Letter from the US – Little Rock

I continued on I-30 into Arkansas, driving through the flat, tree-lined highway for a couple hours before reaching the state capital of Little Rock. As I exited the highway and entered into the downtown area, it revealed a much more modern-looking city with glass high-rises and upscale, mixed-use retail and apartment buildings. Contrary to Texarkana, there were a lot of people walking the streets in Little Rock as I drove towards the central River Market area. I would come to find out that were was a music festival happening at River Market the entire weekend, with country music star Chris Stapleton performing as the headliner that evening and rumors of a potential surprise appearance by Justin Timberlake.

After finding a place to park, I set out to explore the downtown area. There were lots of restaurants and bars in the area surrounding River Market, all of which were brimming with diverse crowds of people in the late afternoon. On President Clinton Ave, I walked by the Arkansas Studies Institute, a modern and attractive building that serves as both a research center and art gallery. Further down the street was the William Jefferson Clinton Presidential Center, a state of the art museum completed after Clinton’s presidency in in honor of the former Arkansas governor. The sleek metal and glass building had over 20,000 square feet of exhibition space and sat impressively on nearly 30 acres of land adjacent to downtown Little Rock. There was a dynamic feeling to the city – or at least this central part of it – that exuded energy and creativity.

But when I made my way out of the River Market area, that energy and dynamism quickly dissipated. Just a few streets away but still in downtown, there were almost no people walking the streets. There were isolated pockets of activity – an open restaurant or bar with a few patrons here and there. But otherwise the downtown area was quite empty for a Saturday evening and had a rather run-down look to it. The area west of downtown was even more run-down, though further out west in the Hillcrest area was a tree-lined neighborhood of attractive houses and trendy-looking cafes and restaurants.

I stopped for the evening at a motel in the northern outskirts of North Little Rock. Working the front desk was a young Indian man with a quiet but friendly demeanor. Prior to my trip, I had happened to read that more than half of all motels in the US are owned and operated by people of Indian origin (as in subcontinent Indian, not native American). “Pull off any Interstate highway and look for a cheap bed for the night”, writes Tunku Varadarajan in an article for the New York Times magazine, “and there is a better-than-even chance that the motel you will curl up in belongs to Indians.” This was quite a surprising and fascinating fact – there are thousands of motels across the country. But after thinking about it I recalled that motels I had previously stayed in on previous road trips across the country – from big cities to small towns as disparate as Sidney, Nebraska and Llano, Texas – were for the most part run by Indians. 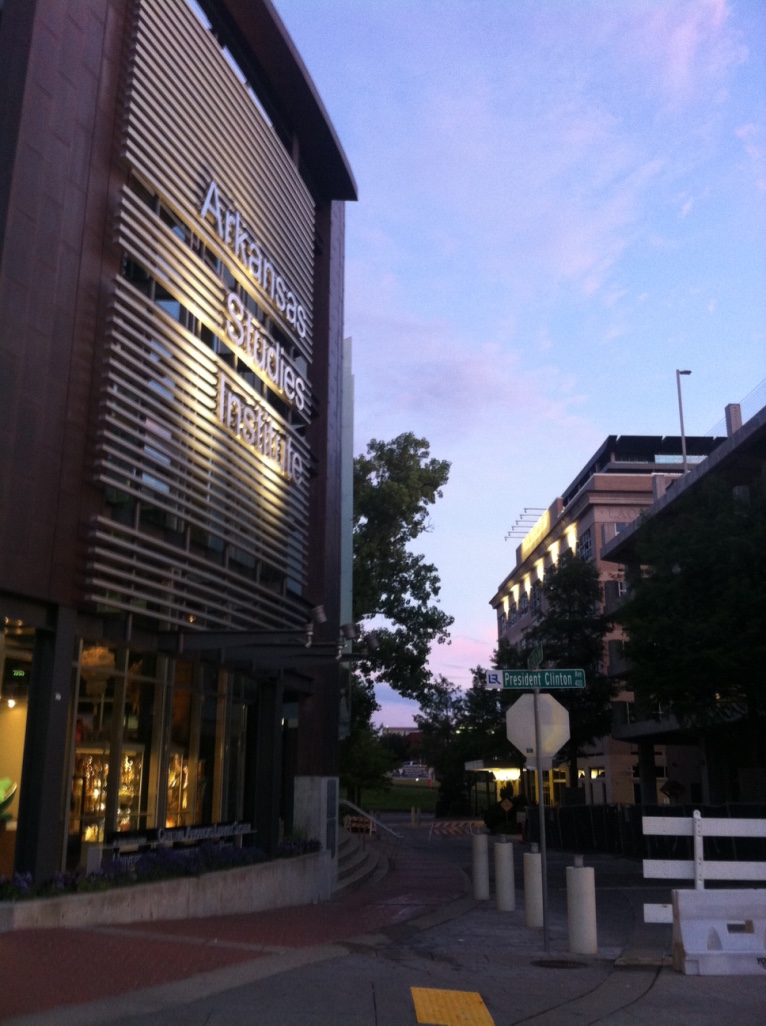 This Indian motel phenomenon was a topic covered by Paul Theroux in his travelogue book Deep South, which referenced the Varadarajan article that I mentioned previously. Theroux writes that “Indians…constitute one of the South’s subcultures, and the deeper I went into the South, the more of them I met.” In an interaction with a man in Brookhaven, Mississippi, Theroux remarks to him that the town seems like a friendly place, to which the man responds, “Friendly, but the town is dying. The politicians sold us out – everything shut down. Stuff is made in China and India. We sent jobs there. And the Indians came here. They’re running the gas stations and motels. What do you make of that?'”

As a first-generation American who immigrated to the country at a young age from Ukraine, I am a staunch proponent of immigration and the idea of the US as a land of opportunity for immigrants. But I can also recognize the disruptive and destabilizing effect that such immigration can have on certain people in the US, particularly the working-class, unskilled, and uneducated. However, the impact of globalization – where large corporations can seek out cheaper production and employment costs overseas – can be just as damaging to these segments of society, if not more so. The shuttered shops in Texarkana were no doubt in part influenced by industrial plants that used to fuel the area’s economy being sent overseas, as well as the jobs along with them. And this phenomenon is not only limited to low-skilled, blue collar factory jobs – a family friend of mine who works as a highly qualified data analyst was recently subject to a wave of mass layoffs from a large financial firm as the company hired thousands of much cheaper workers to do the job in the Philippines.

This issue is one that has captured sufficient attention in the election campaign, as can be seen in Trump’s promises to bring jobs back to the country from Mexico and China. How he would actually do this without inciting trade wars with two of the world’s largest economies is not clear, but the importance and sensitivity of this issue is indisputable. Large corporations in the US seeking cheaper labor overseas as a means to increase profits certainly makes sense in pure economic terms, but it also has had unintended political consequences, as Trump’s meteoric rise and evisceration of the Republic establishment shows.

Letter from the US – Texarkana

Letter from the US – Concluding in Shrevenport

Eugene Chausovsky is a Non-Resident Fellow with the Center for Global Policy. He previously served as Senior Eurasia Analyst at the geopolitical analysis firm Stratfor for more than 10 years. His work focuses on political, economic and security issues pertaining to Russia, Eurasia, and the Middle East. Mr. Chausovsky lectures on the geopolitics of Central Asia at the U.S. Department of State’s Foreign Service Institute. He has contributed articles to a wide range of outlets including EurasiaNet, Business New Europe, Center for Strategic Studies, Caucasus Journal of International Affairs, Forbes, Wall Street Journal, Euractiv, Business Insider, RealClearWorld, and The Diplomat. Chausovsky has given interviews to global media outlets such as CNBC, Bloomberg, Fox News, Al Jazeera, and CGTN and delivered client briefings to numerous international organizations and businesses, including Fortune 500 companies. Chausovsky was born in Moscow and his lived in Ukraine, Austria, Italy, Brazil, and the US.
Features